As an entrepreneur, Chairman and Non-Executive Director on a number of Boards, John has a wealth of knowledge to impart during our Pitchfest program.

John O'Neill has been both an intrapreneur and entrepreneur, seeking to innovate via corporate startups, within Government, in the not-for-profit sector and as a corporate adviser.

Since 2009, he has run Komosion, a boutique management consulting business which helps its clients design better Customer Experiences, especially by leveraging digital technologies and channels.

John was Managing Director of what is now Destination NSW for during which time he also sat on the boards of the Australian Tourism Data Warehouse and Business Events Sydney;

He served as Executive Director within the NSW Government departments of Sport and Recreation; and State and Regional Development.

John also served for 10 years (as both a Chairman and a Non-Executive Director) on the Board of Adopt Change, a trail blazing not-for-profit founded by Deborra-Lee Furness to connect children to permanent loving families.  He currently serves as a Non-Executive Director and now Chairman of Surfing NSW which is recognised by its peers and Government for its growth, profitability and digital innovation.

He is currently an advisor on Digital Transformation to the National Museum of Australia. 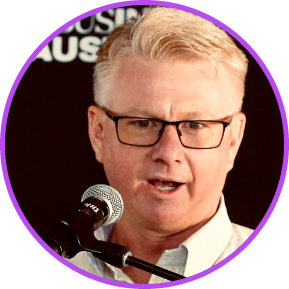