"WHAT DREAMS STARTED, DISCIPLINE WILL FINISH."

Matt Higgins is a noted serial entrepreneur and growth equity investor as cofounder and CEO of private investment firm RSE Ventures. He is also vice chairman of the Miami Dolphins, an Executive Fellow at the Harvard Business School, where he co-teaches the course “Moving Beyond Direct-to-Consumer,” and was a Guest Shark on ABC’s four-time Emmy-Award-winning TV show Shark Tank seasons 10-11.

Higgins began his career in public service as a journalist before becoming the youngest mayoral press secretary in New York City at 26, where he managed the global media response to the September 11th terrorist attacks. He became one of the first employees – and ultimately Chief Operating Officer – of the Lower Manhattan Development Corporation, the federally funded government agency created to plan the rebuilding of the World Trade Center site. Higgins helped organize the largest international design competition in history culminating in Reflecting Absence, the September 11th National Memorial, and the development of the 1,776-feet-tall One World Trade Center, the tallest building in the northern hemisphere.

Higgins cofounded New York City based RSE Ventures in 2012, amassing a multi-billion-dollar investment portfolio of leading brands across sports and entertainment, media and marketing, consumer and technology industries – including several of Fast Company’s Most Innovative Companies.

In 2013, Higgins cofounded Derris, a brand strategy and communications firm that has helped grow many leading brands such as Warby Parker and Glossier. In 2016, he broadened RSE’s investment focus to rapidly expanding fine dining and fast casual concepts, including David Chang’s Momofuku and Fuku, Milk Bar, &pizza and Bluestone Lane.

Higgins received his BA in political science from Queens College and his JD from Fordham Law, where he was a member of the Fordham Law Review. He was named a Top 40 Under 40 executive by Crain’s New York and by Sports Business Journal. In 2019, Higgins received the Ellis Island Medal of Honor – joining the ranks of seven former U.S. presidents, Nobel Prize winners and others who have made it their mission to share their knowledge, compassion and generosity with those less fortunate. He is a longstanding board member of Autism Speaks. 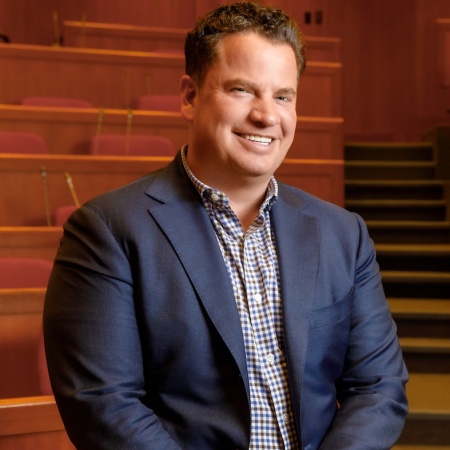